Rwanda. Prime Minister Pierre-Célestin Rwigyema resigned in February following a conflict with Parliament. A few weeks later, President Pasteur Bizimungu also left his post, which he had held since the end of the 1994 genocide. Vice President Paul Kagame, who has been the country’s strong man since 1994, was elected in April as new president. He became the first Tutsi on the head of state since Rwanda’s independence in 1962.

In June, the UN Court in Arusha, Tanzania, sentenced Belgian-Italian journalist Georges Ruggiu to 12 years in prison for incitement to genocide. Ruggiu worked at the radio station Radio Télévision Libre des Milles Collines, which in the spring of 1994 was called Hutus to look up and kill Tutsis. The fact that the penalty was relatively mild was due to Ruggiu pledging to testify against three colleagues. These, two senior executives at the same radio station and the editor-in-chief of the newspaper Kangura, were brought to trial in October.

Rwanda was the country in Africa that recorded the highest population growth rate in 2003, but at the same time lives 60% below the poverty line.

On April 7, 2004, Kagame inaugurated a 10-year celebration of the 100 Days of Massacre in 1994. On the 24th of that month, he violated the 2002 peace agreement with the Congo when he ordered his soldiers to attack the country.

In June, former President Pasteur Bizimungu was sentenced to 15 years in prison for soliciting violence in collaboration with criminals.

In October, 400 soldiers from Rwanda were sent as peacekeepers to Darfur in Sudan.

In November, Amnesty International called on the government to do everything in its power to ensure the independence of the press and to refrain from using the judiciary to intervene with the press. Amnesty also encouraged judges and lawyers struggling to resist the political pressure, corruption and their contribution to the preservation of the rule of law.

A statement from the Interparliamentary Union at the beginning of 2005 showed that Rwanda is the country in the world with the highest female parliamentary representation. Nearly 49% of Rwanda deputies are women. This development has been encouraged by the legislation of the country which states that at least 30% of parliamentarians and government members must be women.

In March 2006, the World Bank, the IMF and the African Development Bank decided to relinquish 13 African countries’ foreign debt – including Rwandas. The remission came into effect per July 1st.

Joseph Serugendo who was a member of the board of Radio Televisión Libre during the 1994 genocide was sentenced in June 2006 to six years in prison for his participation and logistical support for the transmission of radio and TV messages that governed the genocide.

A French investigation claimed in November 2007 that Kagame was behind the 1994 presidential plane crash, and at the same time issued arrest warrants on 9 of Kagame’s advisers. Kagame again responded by accusing France of being behind the shooting itself – French troops had control of the airport in Kigali in 1994. He subsequently severed diplomatic relations with France. The highly respected Judge Richard Goldstone, who had previously been chief prosecutor at the war crimes tribunal in Rwanda declared that the case was heavily politicized and that the French material was also heavily politicized.

In 2007, Kagame declared to the BBC that he would support the establishment of an independent international commission of inquiry. However, such was not reduced. Instead, the president set up a Rwandan commission of inquiry into “loyal Rwandans”. It issued a report in 2009, concluding that neither Kagame nor RPF had been involved in the plane crash. In October 2011, RPF’s former Secretary-General Théogène Rudasingwa declared in a public “confession” that the RPF and Kagame were behind the shooting. However, the opinion could also reflect the growing political divide in the party.

Bizimungu was pardoned by President Kagame in April 2007 and released. 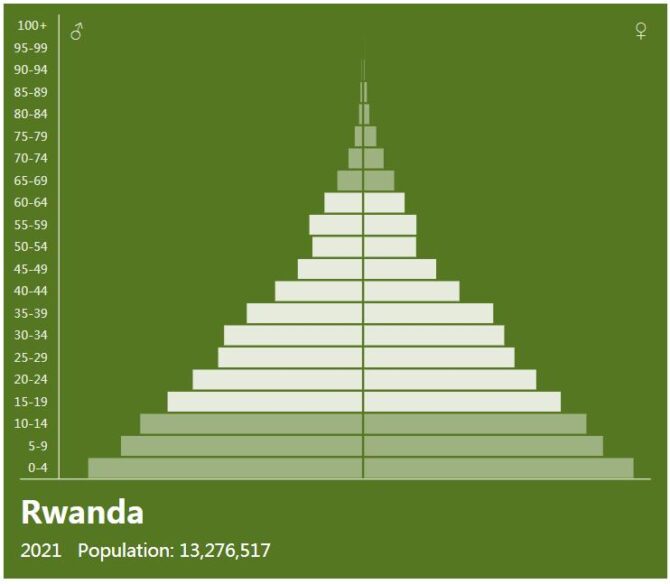